What landlords need to know about Wi-Fi 6

Wireless standards are rebranding. Up until now, Wi-Fi standards have had catchy names like “802.11ac” – now, it will be known as Wi-Fi 5. Far easier for the less tech-savvy among us to remember. The versions you will encounter are: 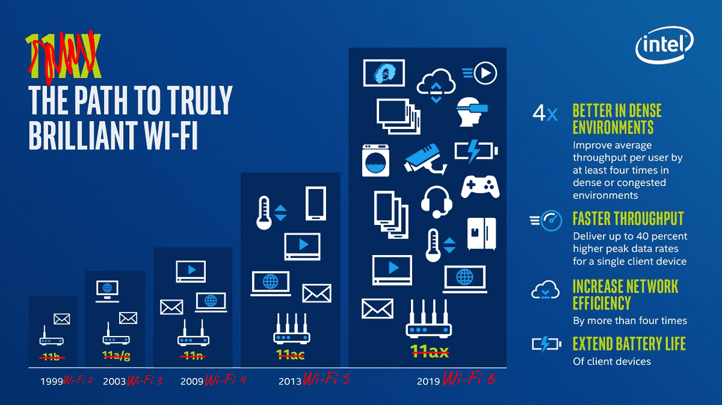 There are three even older Wi-Fi versions, but these are no longer widely in use. The Wi-Fi alliance, the organisation which develops and names Wi-Fi standards, announced the rebranding in 2018. They have also stated that they want to see these numbers used to label Wi-Fi networks, so you know which one is best to connect to. Wi-Fi 6 is the newest standard and offers the best connectivity.

What does Wi-Fi 6 offer?

So what makes Wi-Fi 6 better than Wi-Fi 5? You can expect a faster connection and better performance on congested networks, among others.

Wi-Fi 6 is a short-range wireless access technology, while 5G is a mobile network technology. Both promise faster speeds (more data), and more efficient use of bandwidth (more connected devices). For now, it seems neither one is better or worse than the other – they are complementary technologies. We will continue to see mobile technology dominate users on the move, while wireless remains ubiquitous in static environments.

What does it mean for the built environment?

Firstly, Wi-Fi 6 is a new standard and many end devices do not support it yet. As adoption becomes more widespread, end users will expect Wi-Fi 6 levels of speed and congestion management. Commercial landlords must be aware of what this entails for their buildings. In high density environments, such as conference spaces, auditoriums or busy office environments, this level of connectivity will be expected to allow attendees to work, potentially affecting their choice of venue.

For the landlord or building owner, adopting Wi-Fi 6 could require a number of hardware improvements. First, to ensure all wireless access points (WAP) and connected devices are Wi-Fi 6 certified. Wi-Fi 6 certified access points support higher wireless speeds – potentially reaching the capacity of a single data cable. Running two data cables to each WAP is already considered good practice, but with Wi-Fi 6 may be a necessity.

The Wi-Fi 6 standard will affect how commercial tenants choose their building. We have recently updated our scorecard to award credits for Wi-Fi 6 public Wi-Fi for our top rating. A ‘tick box’ approach, sticking a home type router behind a reception desk, just won’t cut it going forward. A fit for purpose design will need to be in place, providing service to the right spaces whilst taking into account factors such as user capacity and an appropriately sized internet connection. This will result in a functional and secure public Wi-Fi service.

Successful Wi-Fi provision is secure, uninterrupted and provides adequate speeds for all devices connected to the network. As Wi-Fi 6 adoption increases, the expectations of end users and commercial tenants will also increase. It is down to landlords and building owners to adapt and meet these new demands.