In May 2017, six regions in the UK will be holding elections for the newly created combined authority mayors. With greater autonomy over the local economy, transport, planning and housing, the new mayors will shift the locus of power from Whitehall and make decisions based on the individual needs of their area.

This devolution of power provides a fresh opportunity for local initiatives to come to fruition, backed by regionally-led strategic investment. And with new industry hubs popping up across the UK, this could not come at a better time.

Over the past year, the different regions have started to build their own identities: while Manchester is flourishing as a creative hub, with the BBC and ITV now based at MediaCity UK, Bristol is leading the smart city curve in the UK. 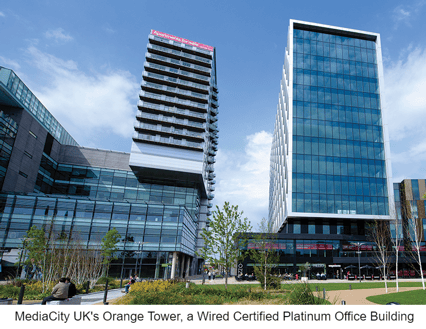 One thing that each of these regions has in common is the demand for strong connectivity infrastructure. Technology plays a crucial role in modern business, and the impact of poor connectivity on productivity and growth can be damaging, or even fatal, to a company.

In a survey of northern technology professionals on the future of Manchester as a tech hub, as many as 10% raised concerns that the city’s poor connectivity discourages local entrepreneurs from starting a technology business, gives a poor impression of the city to potential investors, and  deters businesses from operating in the city.

Conversely, cities and regions that can demonstrate themselves as connected hubs have massive potential to attract investment and talent. WiredScore’s research found that almost two in five tech professionals believe that improved connectivity would make Manchester a more attractive city to UK-based companies.

As part of a nationwide challenge, the new regional mayors will have a great opportunity to lobby government and ISPs to ensure that the infrastructure in their areas is fit for the modern business.

This will be crucial as the government plans and progresses its 5G roll out. The National Infrastructure Commission already identified that main rail routes, major roads, and urban centres must be prepared– and it will be down to the mayors to work with government and ISPs to ensure that the key infrastructure in their region is ready for 5G.

In the short term, the new mayors should look to the best schemes across the country to inspire future initiatives. The City of London Corporation is just one body that these new mayors should look to to model themselves on. From the Standardised Wayleave which was launched last year to help businesses get connected faster, to free public WiFi of up to 1GB, the City of London Corporation has taken  steps towards supporting better connectivity for businesses and users in the area.

With the opportunity for regional strategic investment, the new mayors have the potentially to finally address the balance in the nation’s connectivity divide and ensure that their local digital economies have the resources from which they can grow and prosper.