What Living in America Has Taught Me About Real Estate

The story below originally appeared in Estates Gazette.

About six months ago I packed up my life in England and moved to New York City. For four years I helped grow WiredScore’s European business and the time came for me to do the same in North America.

Admittedly, I was expecting more of the same between the two markets. What I found were fundamental differences between the U.S. and U.K. markets when it comes to building types, building technology, brokerage and their focus on the customer experience.

In the U.S., towering skyscrapers have been staples of metropolitan skylines for over 50 years. It’s a different story in the U.K. where historically, buildings have been smaller. This allows planning regulation to make room for new, larger buildings on historic sites, but in American cities like New York, it is much harder to add the 20% of extra space needed to make new buildings financially viable.

This means British developers have the luxury of literally starting from the ground-up when it comes to developing a best-in-class building, complete with the infrastructure to support technologies of today and tomorrow. Their American counterparts have to play the hand they’re dealt when it comes to buildings that are much older. Landlords are forced to try and reverse-engineer sophisticated digital infrastructure into an existing structure in the best way they can, so compromises are often made.

My initial expectation was that the U.S. market would be significantly ahead of the U.K. in terms of the evolution of in-building technology. What I have discovered is that the answer is far more nuanced.

The U.S. market is essentially top-heavy in that there are a handful of companies like Hines, Oxford Properties and Greystar leading the charge in innovation that is ahead of the U.K. Sophisticated landlords like these are retrofitting their buildings with fiber backbones with converged IP networks that connect each floor to each other. This connectivity allows for the use of  'edge devices' like sensors, IOT and base building systems. On a portfolio level they are taking a holistic top-down approach to tech built up over the last three years that begins with leadership strategy and ultimately improves the tenant experience and drives cost savings. Conversely, U.K. landlords, with some exceptions, have been focusing on new tech for their new developments, leaving some older buildings behind.

However, while the top American owners may be 1-2 years ahead of their U.K. counterparts, this is not true of the U.S. market across the board. Many landlords that hold B-Class stock are still slow to realize the opportunities that they can create through embracing in-building technology and the risk of obsolescence that they face if they do not.

But these firms’ ability to implement and get their brokers to adapt to new technology is hampered by a fundamental difference between the U.S. and U.K. markets. In the U.S., broker income is almost always 100% commission-based, while that figure is much less across the Atlantic. Although U.S. brokers work under the umbrella of a firm, they are essentially contractors, where their pay is based on their own deals regardless of the firm’s overall performance.

With this every-broker-for-themselves mentality, it is difficult for firms to create policies that require adoption of new platforms. Whereas U.K. companies can more easily influence scalable adoption, U.S. firms can only make what amounts to strong suggestions.

The U.K. market has an advantage in community-building due to 1) the higher number of high rises constructed in America and 2) British landlords taking a more progressive approach. In America construction is incredibly vertical, isolating workers in their individual buildings rather than any communal space below. The high amount of privatized space adds to a lack of emphasis on creating shared space that fosters community.

The U.K. is by no means perfect, but it is positive to see the focus that the likes of British Land place on creating long term value through digital placemaking at the likes of Broadgate and Paddington Central. Even the towers like Axa’s TwentyTwo are designing their strategy around the ‘vertical village’ concept.

In the last two years, U.K. landlords have realized that they need to start viewing their tenants as valued customers. These landlords are starting to listen to the wants and needs of tenants and providing features like flexible leases, internet, tech concierge service and plug-and-play offices to improve and streamline their experiences. This shift is happening much more slowly in the U.S. The likes of Boston Properties and Tishman Speyer are starting to trial new products in this space, but the marketplace is less developed and the way that the messaging is being communicated to tenants is still behind.

Advice to U.K. Landlords and Agents

U.K. landlords and agents who come and visit the U.S. often tell me they were not impressed by the buildings they saw while visiting. My advice to them would be to not just use those visits as an opportunity to observe the architecture and fit out, but to dig into how the owners are thinking about technology more holistically in their strategy for driving innovation in their buildings. The U.S. market can learn from the U.K. and vice-versa, and I feel lucky to have had the chance to experience both sides. 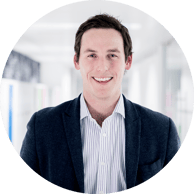