Smart Cities: Don't Turn Your Back To The Future

When we hear about “smart cities” it’s easy to envision a scene from Back to The Future with Marty McFly whizzing by in his self-tying footwear on a hoverboard. Although our cities don’t look like scenes from this movie, there are moments when new technology makes us do a double-take. In 2015 hoverboards went viral, and the rise of technology like Alexa and Nest has made our homes ‘smarter’ than ever before. Today we also live in a society where a large majority of us are constantly connected to each other and plugged in via our smartphones and IoT devices. 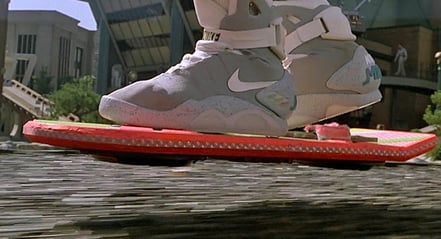 When we talk about smart cities, we are considering how emerging technology will help solve real world problems and make us more efficient with our resources. How we can utilize Internet of Things, analytics and software to better manage operations. Investments in smart city technology have already been applied to solve problems surrounding water scarcity, pollution, transportation, traffic issues and even crime. In late 2016, the US Department of Transportation announced a $165 million investment in smart city solutions across the country with the funding aimed at reducing traffic congestion and improving driver and pedestrian safety.

A network of sensors known as the Array of Things are being installed in Chicago to provide data about the urban environment. Working similarly to wearable activity trackers, such as Fitbit, the sensors provide data about environmental factors including air quality and temperature. Sensors collect information about climatic and atmospheric conditions, while cameras capture visual data. This data will be utilized by scientists and policymakers to address various issues such as vehicular traffic patterns.

In New York City, an acoustic gunshot monitoring system can accurately locate an incident within seconds and notify a nearby officer. This smart city tech speeds up response times and increases the chance of catching criminals involved. Thankfully, with the help of advances within the telecommunications industry, access to high speed wireless internet has made this progress possible.

Understandably, the adoption of new technology can be capital intensive but turning one’s back to the future will have its negative implications. With smart city initiatives, the short-term return on investment should not be the main point of focus. Non-adoption of technological advancements can negatively impact economies for example in Washington D.C. during the 12 months ending March tech companies hired people at a faster rate than any other industry. Without investment into smart, technologically driven initiatives in the future, these tech companies may choose to locate elsewhere. Adoption of smart technology creates access to economic opportunity.

Although those who make the decisions and sign off on the budgets may resist the future in terms of technological advancements due to the not easily visible ROI’s the market may be the one to show you that it’s essential. 54 percent of the world’s population lives in urban areas and that figure is expected to increase to 66 percent by 2050 according to the UN. The resources and infrastructure within these urban areas will become even more strained as populations increase in density. It’s important to ensure the management of these resources is as efficient as possible to ensure costs are kept to a minimum and human well-being at a maximum. Turning our backs to the future which is smarter cities will not help us achieve this.